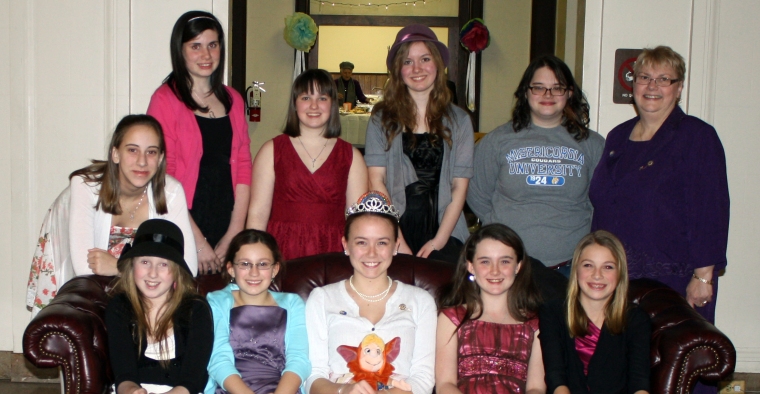 The theme of the Official Visit was a “social tea.” There were lawn games played in the Assembly room, such as bean bag toss, bocce ball, darts, and croquet. The croquet ball were tapped through Rainbow colored wickets starting at red (Love) through to violet (Service.) Prizes were won and a good time was had by all. The refreshments included tea sandwiches, tea cookies, tea cakes and all kinds of tea (in fancy cups and saucers.) In total, about 35 people were present for this excellent event. Keep up the great work!

This site acknowledges allegiance to the Supreme Assembly, International Order of the Rainbow for Girls, whose seat of authority is in McAlester, Oklahoma, of which Reverend W. Mark Sexson was founder, as well as the Grand Jurisdiction of Pennsylvania of which Mrs. Helen Snedden is Supreme Inspector and Sister Steffanie Barth is Grand Worthy Advisor.