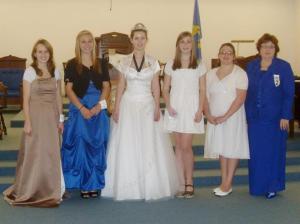 The International Order Of The Rainbow for Girls is a character building organization for girls between 11 and 20 years old. It also offers a “Pledge” Group for younger girls. Its purpose is to promote skills related to leadership, effective communication and service to others.

Founded in 1922, Rainbow teaches faith, hope and charity, in a ritual written by founder Reverend W. Mark Sexson, a Past Grand Master of Masons in Oklahoma, using the seven colors of the Rainbow as symbols of character building virtues. The Rainbow program teaches benevolence and service through a program of fun, fulfilling and fraternal activities.

Rainbow Girls meet in Assemblies, under the supervision of Masons and Eastern Star members. Assemblies are found all over the United States and around the world. There are over 30 Assemblies in Pennsylvania.

Rainbow teaches the importance of belief in the existence of a Supreme Being, and the value of the great truths taught in the Holy Bible. It teaches you to preserve the dignity of your character, and to strive for the higher things in life. Rainbow also teaches leadership skills, patriotism, and service to others. These lessons are taught in a ritual of ceremonies presented from memory by the members.

Fun and Service Dances, beach parties, social events, sports, choirs, talent shows, skating parties, picnics, visitations to other Assemblies and trips to amusement parks are all a part of the Rainbow program. Rainbow Girls are active in many fund-raisers for charity including bowl-a-thons, dance-a-thons, rock-a-thons, walk-a-thons, and selling all varieties of foods and gifts. Rainbow Girls find fun and satisfaction entertaining children in hospitals, playing bingo with the elderly in nursing homes, and further volunteering at the Masonic Villages. 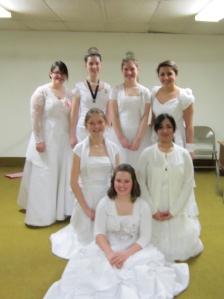 Opportunities for Leadership like serving as an officer, are open to any member willing to accept responsibility. The leader of the Assembly is the Worthy Advisor. She is elected to a 6-month term, presides in all ceremonies, plans the activities and organizes the service projects. In addition, Grand Officers lead all Rainbow Girls in the jurisdiction.

Activities and Competitions in the Rainbow program include an active schedule in bowling and softball. Many Assemblies participate in Ritual competitions. At the Annual Grand Assembly, or statewide convention, the Assemblies enter their Choirs, Drill Teams, Scrapbooks, Banners and Growth Charts into competition.

Rainbow Girls have many opportunities to excel. Members can earn merit bars for service, attendance, ritual, religion, fund-raising, membership recruitment, visitation, athletics, scholastics, choir and many other categories. Scholarships for Rainbow Girls seeking higher education are available from the Rainbow Grand Assembly, Grand Chapter of Eastern Star, Grand Court of Amaranth, The Grand Lodge of Masons and many appendant Masonic bodies. They are awarded for scholastic ability, financial need and Rainbow service.

Because of the rapid growth of the Order, around the world, the Supreme Assembly was formed to preserve its unique characteristics, and to develop programs which would provide for the betterment of all its members. The Supreme Assembly, headquartered in McAlester, Oklahoma, is the central office of record and promotion, and is the final authority in all matters concerning Rainbow.

Top quality adult volunteers work with the members of Rainbow to teach them how to be effective leaders. These adults are members of Eastern Star, Amaranth, Masons, or majority Rainbow Girls. They set a proper example for the girls, and provide guidance and stability to the Assembly. In addition, parents of active Rainbow Girls are invited to attend all meetings and programs.

This site acknowledges allegiance to the Supreme Assembly, International Order of the Rainbow for Girls, whose seat of authority is in McAlester, Oklahoma, of which Reverend W. Mark Sexson was founder, as well as the Grand Jurisdiction of Pennsylvania of which Mrs. Helen Snedden is Supreme Inspector and Sister Ashley Swogger is Grand Worthy Advisor.